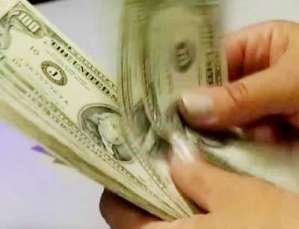 From today the amendments to the rules of exchange adopted by the Central Bank of Azerbaijan (CBA) have come into force. Henceforth, for the purchase or sale of amounts exceeding $ 500, or its equivalent, it is necessary to present a proof of identity.

As regards exchange rates, the banks may determine them at their own.

"Banks can change the course throughout the trading day. In cases where the Central Bank sets a limit on the difference between buying and selling rates, banks have to comply with this limit in the currency exchange," the rules of the Central Bank say.

Meanwhile, despite the fact that the Central Bank did not change the official rate of the manat against the US dollar on January 7 ($ 1 = 1.5626), exchange offices buy the dollar for 1.62 manat and sell it for 1.72 AZN. Note that at this rate the exchangers were selling dollars in the New Year days.

After the holidays, the dollars could be bought for 1.66 and even 1.65 manat.

However, on January 6 at the market again there was a shortage of currency, which continues today.

Apparently, information about another drop in oil prices is putting pressure on manats and banks have decided to hold the currency.

The official euro exchange rate is 1.6913 manat, but exchangers sell Euros not cheaper than 1.82 manat.

Kadyrov is satisfied with "Russia" bank