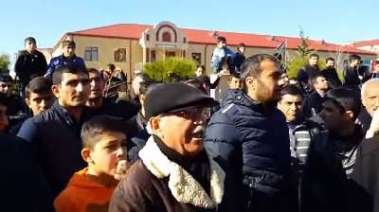 On January 13  the meeting of the Council of Chairmen  of the "Freedom"  Cooperation Center of Political Parties discussed the political situation and the socio-economic crisis in the country. The  final document adopted  after the meeting called  fair  the popular protest against the economic policy of the authorities. Taking into account the damage caused by the economic crisis,  the signed documents call for coordinated activity of the opposition. The  document authors demanded  from the authorities to take anti-crisis measures for the social protection of low-income families, elimination of corruption and bribery. It was  decided to hold a  dialogue between the authorities and the opposition.

On January 15 at 12:00  the office of the party "Classic" Popular Front "will host an event on the theme:" The economic crisis in the country and ways out of it ", which invited the media.

*"Freedom"  Cooperation Center of Political Parties was established on the basis of the eponymous bloc in the parliamentary elections of 2015. It includes the  parties: "Classic" Popular Front, "Citizens and Development", "People", "Freedom", "Great Azerbaijan" and "Aydinlar» .