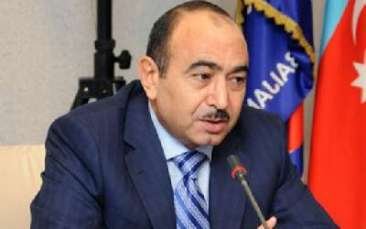 Regular meeting of representatives of the presidential administration with the leaders of political parties  will be held on May 15, according to source from  opposition. All registered  parties have been invited to the meeting.  Previous consultation of the authorities and political parties took place in December 2014 and February this year. The government was represented by Assistant to the President for social and political issues, Ali Hasanov. However, the leading opposition parties , "Musavat" and the Popular Front,  did not participated  in the meeting.

The head of "Musavat" Arif Hajili, told Turan, that the party received the invitation to the meeting. However, the "Musavat" has not yet taken a decision, it will depend on the information about the format and agenda of the meeting, which is not yet available.

The leader of the "Musavat" holds meetings in Tbilisi