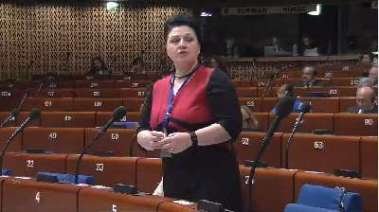 PACE winter session on January 26 by majority of votes (98 - 71 and over - against) adopted a resolution Bosnian deputy Melitz Markovic called "Intentional deprivation of water the inhabitants of the frontline areas of Azerbaijan." The report calls on the Armenian authorities to stop the use of water resources "as a tool of political influence." Due to lack of regular maintenance of the dam for more than 20 years, the situation in Sarsang reservoir "is dangerous to the entire border region," the report said.

Sarsang dam is in poor condition, creating a humanitarian and environmental problems, and can lead to "a catastrophe with large loss of life." To solve this problem, the PACE called for the immediate withdrawal of the Armenian armed forces, which will provide access to the site the engineers and hydrologists to carry out a detailed survey.  In addition, an international monitoring of the water  reservoir, the  condition of the Sarsang  and Madagiz dams, the  schedule of water supply in autumn and winter period .

The document asks the Armenian authorities to stop the use of water resources "as a tool of political influence, or an instrument of pressure." During today's discussions, the Armenian delegation proposed 20 amendments to the document, including the proposal to change the title of the report to softer. However, almost all amendments have been declined.

PACE Session to Discuss Resolution on Persecution of Press in Azerbaijan