PACE Session to Discuss Resolution on Persecution of Press in Azerbaijan 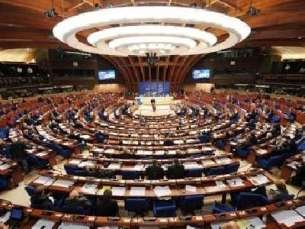 The PACE winter session (26-30 January) has been submitted a draft resolution on freedom of the press in Europe.

The draft document published on the PACE website says that in some European countries there is serious suppression of freedom of speech and the media. Among the killed members of the press the names of the Azerbaijani journalists Elmar Huseynov and Rafig Taghi, Anna Politkovskaya, Paul Khlebnikov, Georgy Gongadze and Hrant Dink are mentioned.

The text also refers to the arrest in Azerbaijan of the journalist Khadija Ismailova, who investigated corruption in the country's top leadership. The resolution calls on Baku to immediately release the arrested journalists and to stop their persecution.

In turn, the Azerbaijani side intends to bring up for PACE discussion the case of Kelbajar partisans, Dilgam Asgarov and Shahbaz Guliyev convicted in Armenia on charges of sabotage and murder of Armenians in the territory of the occupied Kelbajar region of Azerbaijan.