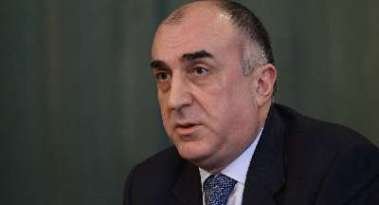 Azerbaijan again expressed dissatisfaction with the activities of the OSCE Minsk Group, which is inactive and has not achieved anything for the time of the settlement of the Karabakh conflict. This was stated by the Foreign Minister of Azerbaijan Elmar Mammadyarov at a press conference in Baku yesterday.

In particular, he criticized the OSCE MG appeal to PACE not to take decisions which may interfere with the settlement. This was one of the causes of the failure of the report of the British MP Robert Walter on the situation in the occupied territories of Azerbaijan.

"I sent letters to the Foreign Ministers of Russia, France and the United States and presented Baku's position to their attention. Azerbaijan has a sovereign right to raise any issue at international platforms, and nobody has the right to interfere in its sovereign affairs," said Mammadyarov.

Two days ago, a similar assessment and dissatisfaction with the OSCE Minsk Group was expressed by the President Ilham Aliyev.