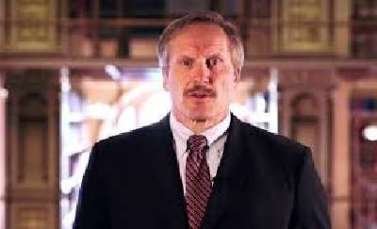 Issues of regional energy cooperation between Baku and Tehran were discussed at the February 26 meeting of the Minister of Energy of Azerbaijan Natig Aliyev with the US Ambassador in Baku Robert Cekuta.

As the press service of the Energy Ministry said, the sides exchanged views on the idea of "freezing" of oil production in response to falling prices, as well as the current level of Azerbaijani-Iranian energy cooperation.

Aliyev noted that the signing of the agreement on continuation of construction of the Khudaferin and Maiden Tower dikes and hydroelectric stations on the river Araz, and their operation, will be a major contribution to the development of the bilateral cooperation.

Cekuta informed about the visit of the State Department special envoy on energy Amos Hockstein to to Baku on February 29 to attend a meeting of the Advisory Board of the Southern Gas Corridor.

Aliyev said that the works are on schedule and Azerbaijan is committed to this project. The main steps are to connect two platforms at the field Shah Deniz-2 with two underwater pipelines, the modernization of vessels, the expansion of the Sangachal terminal, as well as the drilling of 26 wells. According to Aliyev, 8 wells have already been drilled.

Special Envoy of US State Department Arrives in Baku