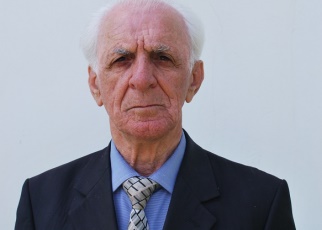 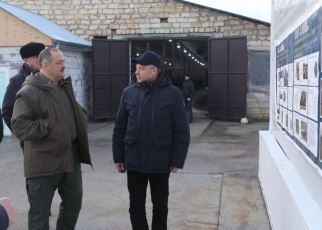 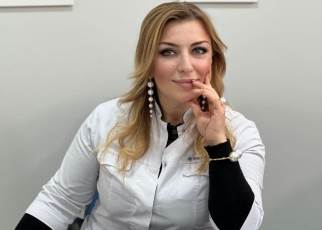 The South Caucasus is entering a new phase of development, where the theme of South Caucasus Transport Corridor (SCTC) is becoming a priority for Azerbaijan and Georgia, having exits to the Black and Caspian seas surrounding the Caucasus from the West and the East.

On 6 November the Presidents of Azerbaijan and Georgia  Tbilisi Declaration defining the development of the South Caucasus corridor - the main trend of domestic and foreign policy of the two countries.

After the meeting of the Georgian President Giorgi Margvelashvili with Azerbaijani President Ilham Aliyev, who arrived in Tbilisi on an official visit, the Georgian President told at the press-conference that the meeting also exchanged views on cooperation, uniting the Caspian and Black Seas. "We also talked about transportation projects, projects related to the energy corridor, deepening cooperation in this field. We signed a Joint Declaration, which, in turn, will contribute to the expansion of our relations in the field of security, economy, trade, and transit and cultural," he said.

"We have once again expressed our will: these issues, these projects should be implemented soon, in particular, the Southern Gas Corridor, which is now being successfully implemented. Of course, a joint activity of Azerbaijan and Georgia, our common position in the future will show greater reliability of this corridor," Aliyev echoed.

Earlier, on October 21, Aliyev established the Coordinating Council for transit cargo transportation with participation of the leading agencies of the government. The Council is to ensure the implementation of the principle of "single window" for cargo transportation by rail, sea transport, through the ports and terminals. The Council is to provide a single, flexible and transparent tariff policy of railways, ports and terminals, simplified border crossing procedures, cargo handling, coordination of the line (specialized) organizations.

Ten days before that, on 10 October Prime Minister of Georgia, Irakli Garibashvili arrived in Baku with unplanned working visit to discuss the Russian and Azerbaijani gas deliveries via Georgia, according to the media. The media and even the Georgian opposition politicians were talking about plans for Tbilisi on the purchase of gas from Gazprom, as an alternative to Azerbaijani gas. From the information leaked to the press, it was clear that the main theme of the talks was the SCTC, known as a global project of the European Union TRACECA. According to the official report (president.az), at a meeting with the Azerbaijani President Ilham Aliyev they discussed issues of bilateral cooperation in energy, transport and infrastructure fields. "At the meeting, which lasted three hours Garibashvili  and Aliyev discussed regional security issues, and noted the importance of cooperation in energy, transport and infrastructure," the press service of the Georgian government.

Zurab Abashidze, a special representative of the Georgian Premier, made an interesting comment after the meeting, noting that Azerbaijan remains the main supplier of gas to Georgia, but the authorities think about the diversification of energy sources, and are working actively with Iran in this connection.

In this regard some media talked about the Armenian transit route for Iranian gas to Georgia. But it should be noted that Iran regards Azerbaijan as a major transit country in the Caucasus, what was noted during the visit of Aliyev to Tehran in April this year; and it is more plausible taking into account the geographical position of Azerbaijan and developing communications infrastructure at the intersection of transport corridors East-West and North-South. Questions of transit the Iranian gas to Europe, as well as the connection of railways of Russia-Azerbaijan-Iran are in the process of real development.

The first trial run of the container train on the route China-Kazakhstan-Azerbaijan in August proved to be safe. As a result of the coordinated actions of the parties, competitive tariff for transportation was set and delivery time for the entire route in six or seven days was provided. The route is a continuation of the Baku-Tbilisi-Kars (BTK) project, and is designed to provide competitive delivery of cargo transport corridor East-West from China to Central Europe. It has already been named Trans-Caspian International Transport Route (TITR.)

At the beginning of 2016 the project BTK linking railways of Turkey, Georgia and Azerbaijan, with a throughput capacity 20 million tons of cargo a year will come into operation.  The construction of the Caspian freight terminal near Baku continues with great pace.

The theme also includes the strategic South Caucasus gas corridor. Capacity of the pipeline Baku-Tbilisi-Erzurum gas pipeline (SCP) will increase to 25 billion, and then to 45 billion cubic meters of gas to ensure the transportation of gas after 2017 in the second stage of development of "Shah Denis" field. This project is important for Georgia because it increases the country's income twice, and then four times. If to add to it the planned transit of Turkmen and Iranian gas, the talk will be about a large-scale transportation. The important energy components of the SCTC also remain pipeline and railway transshipment of crude oil and export electricity, which also have growth prospects.

Two more questions during Aliyev's visit worth attention - the theme of the occupied territories and delimitation of borders. On the first issue the views of Baku and Tbilisi are completely the same. The parties noted that the Nagorno-Karabakh, Abkhazian and South Ossetian conflicts must be solved within the territorial integrity and sovereignty of the countries, inviolability of borders. The second issue of delimitation of borders remains a stumbling block or a fly in the Azerbaijani-Georgian ointment.  The talk is about a monastery complex in Sagarejo. Three monasteries of the monastery complex David Gareji are at the territory of Azerbaijan.

The negotiations on the delimitation of the border between Georgia and Azerbaijan have been lasting for 18 years. The parties agreed about 70% of the perimeter boundary, and several areas remain disagreed, including the David-Gareji complex, 2% of which is on the territory of Azerbaijan. The Georgian side hopes that Azerbaijan will make concessions,  taking into account the importance of the Georgian Church of the existing religious monument, said Catholicos-Patriarch of All Georgia Ilia II while receiving Aliyev.

While the parties do not say what ways are proposed to settle the sharp  corners  of the question of delimitation, but  with consideration  of the decisive phase of the global project of the transport corridor, more closely uniting  the two allied countries, it can be concluded that a compromise will be found.