What Did Border Guards of Azerbaijan, Iran and Russia Agree About? 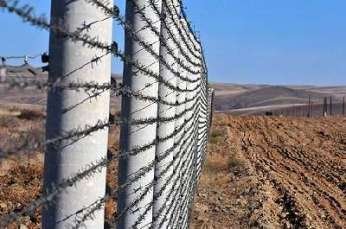 Azerbaijan and Iran will develop cooperation in the field of joint borders. This was stated by the commander of Iran's Border Troops Gen. Kasim Rezai on arrival in Baku on March 8.

In an interview with reporters Rezai noted that in the framework of joint cooperation programs meetings and discussions are held annually in Tehran and Baku and other cities of the two countries.

Note that there was no official information about the meeting between Kassem Rezai, the Commander of the State Border Service of Azerbaijan Elchin Guliyev and the head of the Russian Federal Security Service Border Service General Vladimir Kulishov.

Initial information about the trilateral meeting came from the Iranian Ambassador in Baku, who called the theme of the meeting a joint struggle against drug trafficking, and the protection of borders of the three countries from the infiltration of terrorist elements.

The US to inform Azerbaijan about Iran’s nuclear program