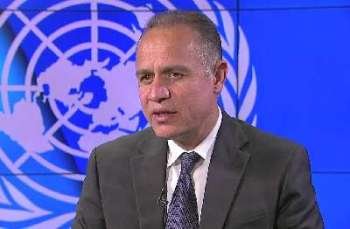 Ghulam Isakzai from Afghanistan has been appointed as the new UN Resident Coordinator in Azerbaijan, Turan was told at the UN Press Office in Baku.

The previous head of the UN office in Baku, Antonius Broek left Azerbaijan in November 2015.

Filippo Grandi - the next UN High Commissioner for refugees