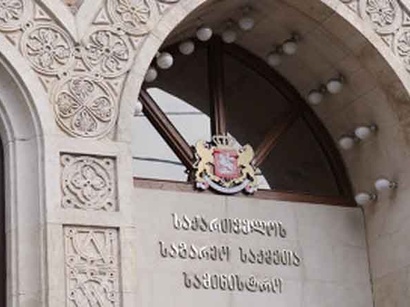 The Georgian Foreign Ministry will continue to inform the international community on Russian military exercises being held near the maritime borders of the country, Deputy Foreign Minister David Zalkaliani said at a briefing on Monday.

According to him, "Georgia expresses deep concern about the unplanned and sudden exercises of the Russian military which go beyond the territory defined by the Vienna Agreement."

Zalakaliani stressed that Russia has completed naval exercises and all ships have returned to the place of deployment.

"According to the information received today, all Russian warships returned to the place of deployment and presumably exercises have been completed. However, we are closely monitoring the situation and informing the international community," he said.

Russian President Vladimir Putin on route to Sochi from South Africa on Thursday last week instructed the start of exercises in the Black Sea. They involve about 7000 troops, 30 ships, 250 armoured vehicles and 50 artillery pieces for different purposes, up to 20 combat aircraft and helicopters, rapid deployment forces, airborne troops and Special Forces. Sudden exercises are being held in the region where in less than a year, the Olympic Games in Sochi will be held. Security of this region has been declared a priority for law enforcement bodies and the Armed Forces of the Russian Federation.

However, the Georgian Foreign Ministry expressed its concern over the military exercises undertaken by Russia in the Black Sea region. Georgia considers these exercises disproportionate to the anticipated threats and not being in the interests of stability in Europe.