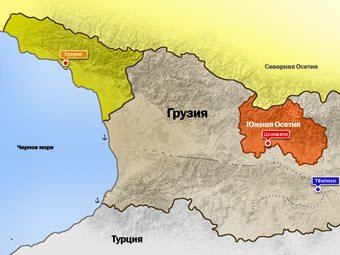 MOSCOW, March 19. /ITAR-TASS/. The situation in the Trans-Caucasian region, including the situation in the borders of Abkhazia and South Ossetia with Georgia, was discussed on Tuesday by Russian State Secretary — Deputy Foreign Minister Grigory Karasin with the co-chairs of the Geneva discussions on security and stability in Transcaucasia. The Russian Ministry of Foreign Affairs reported that Karasin met with UN representative Antti Turunen, OSCE Special Representative for the South Caucasus Angelo Gnaedinger and Permanent Representative of the European Union to the OSCE, Ambassador Thierry Bechet.

"The sides had an exchange of views on the current situation in Transcaucasia, including the situation on the borders of Abkhazia and South Ossetia with Georgia, the work of joint mechanisms for the prevention of and response to incidents,” the ministry said. "They discussed practical matters related to the preparation of a regular meeting in Geneva that is scheduled for March 25-26.”