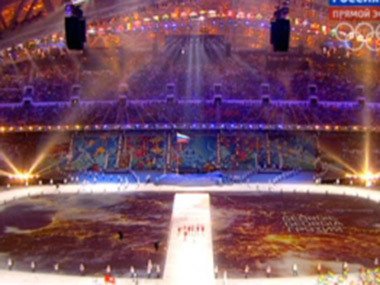 At the opening ceremony of the Olympic Games in Sochi, the leaders of Abkhazia and South Ossetia Alexander Ankvab and Leonid Tibilov were sitting in a lodge together with the Presidents of Russia and Azerbaijan. As reported by "Georgia Online", an exclusive photo confirms this, which correspondent of "First Channel" GPB managed to get.

According to the president of the National Olympic Committee of Georgia, the leaders of Abkhazia and South Ossetia were not included in the list of the officially invited guests.

In its turn, Azerbaijani portal "Haqqin.az", commenting on the news says that "Putin had seated Aliyev next to the separatists."