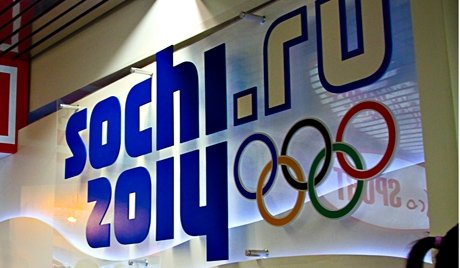 Shortly after the 2008 South Caucasus war, Georgia announced it would stay away from the 22nd Winter Olympics to be held in the Russian Black Sea resort of Sochi in February 2014. This year, however, has brought a heartening turnaround.

In January, Georgia’s new Prime Minister Bidzina Ivanishvily announced his country would take part, in a format to be decided by the National Olympic Committee at a session scheduled to take place on May 2nd.

Senior executive of the Moscow-based CSKA supporters club Ivan Ulanov remembers the damage done to world sport by the tit-for-tat boycotts of two Summer Olympics - the 1980 Games held in Moscow and the 1984 games held in Los Angeles. He was speaking to The Voice of Russia:

"Both sides subsequently regretted their boycotts and admitted that they had both lost. Unfortunately, international sport is heavily politicized, with national leaders seeing it as a means to shore up the internationals standing of their countries."

One problem yet to be decided between the Sochi organizers and Georgia is the nominal nationalities of the competitors from South Ossetia and Abkhazia. Georgia would have them rallied under its flag, something neither of the new republics is prepared to swallow.

But anyway, the latest Russia-Georgia thaw has at long last made itself felt in sport. ‘Sport Bolsters Peace’, as the Soviets put it in their official propaganda. This is a platitude, but by no means a falsehood.

THE VOICE OF RUSSIA