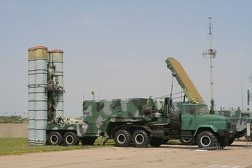 framework of Russian-Abkhaz relations in the military sphere," ITAR-TASS

quotes the Chief of International Military Cooperation of the Russian

The protocol, Koshelev explained, regulates the interaction between the

parties in organizing air defense, including the procedure for combat duty

of the Russian military base in the air, and is aimed to ensure the

security of Russia and Abkhazia.

A similar protocol with South Ossetia was signed on 28 January 2014.