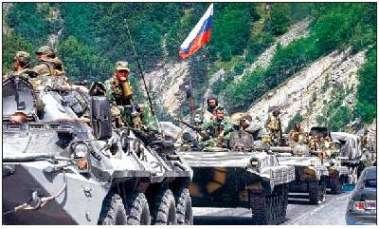 Yerevan / 26.09.15 / Turan- ArmInfo: Over 100 soldiers of the peacekeeping brigade of the Central Military District of Russia arrived in Armenia to participate in international exercises Unbreakable Brotherhood 2015 from 30 September to 4 October.

According to the press service of the Central Military District, on 25 September a unit of Russian peacekeepers was alerted in the Samara region. Ten pieces of military equipment were sent to the joint exercises of CSTO peacekeeping forces. The transportation will be carried out by military transport aircraft.

Joint exercises with the CSTO peacekeeping forces Unbreakable Brotherhood 2015 will be held at the site Bagramyan. Issues relating to negotiations, escort of humanitarian supplies, patrol and duty at checkpoints and observation posts and neutralization of illegal armed groups will be worked out, the report said.

In turn, military experts believe that such measures are probably connected with the preparation for shipment of additional military forces to Syria. E.g., the flight of military transport aircraft from Armenia to Syria will take about two hours.