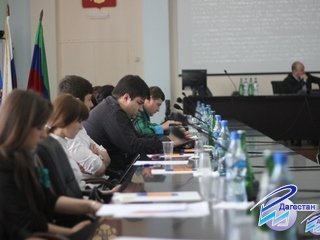 Makhachkala, April 22, 2013. Daghestan ecological problems have become a thematic discussion at the regular session of the "Daghestan civilian university" project.

According to Dagestan State University’s press service, the expert, Honored Worker of Science of Daghestan and the Russian Federation, Doctor of Biology, Professor Gayirbeg Abdurakhmanov delivered a report on the environmental conditions and population health across the North Caucasian Federal District.

In his statement to the session, G. Abdurahmanov touched upon the problems of average life expectancy, migration, cancer rates increasing, that have risen sharply in many cities of Daghestan in recent years.

According to the Ministry of Healthcare of the Russian Federation and Moscow State University, it is officially announced that Daghestan has the highest index of 5 points (on a 5-point scale).

The second topic of the session was devoted to the Caspian Sea Resources and prospects for their use.

According to A. Abdusamadov, the doctor of Biological Sciences, director of Daghestan branch of the "Caspian fisheries research institute", the poaching development has become the biggest challenge. This fact can reduce fish stocks that do not allow catching large volumes of species of sturgeon.