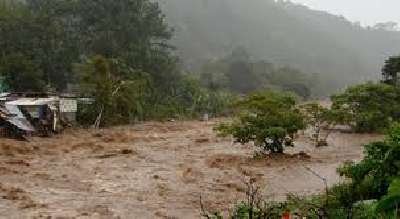 Serious damage was inflicted in the Zagatala and Balakan districts by last night rains and gale-force winds.

According to him, the heavy wind knocked about 100 trees and caused extensive damage to the electrical substation at 35 kilowatts, and broke phone lines.

As a result, much of the area is de-energized. Work is underway to restore electricity. To eliminate the effects of the disaster 35 vehicles are involved.

In the piedmont rivers the water level rose, but this did not cause serious damage, except for the village Mazyh.

Seriously affected was the crop area. There were no human casualties, Ramazanov said.

Forecasters reported that in Baku and Absheron weather will be changeable cloudy, mainly rainless. However, forecasters do not report whether there will be rainfall in the areas.