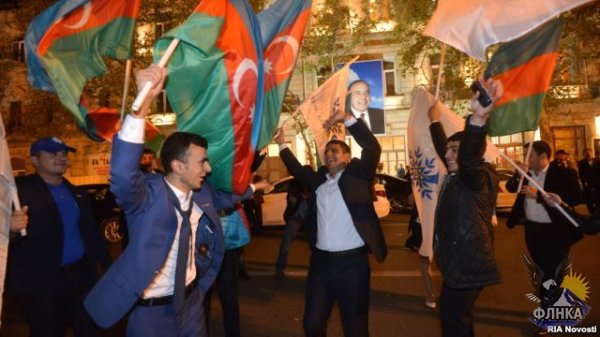 The U.S. State Department has said that Azerbaijan's presidential election fell short of international standards.
In a statement on October 10, State Department spokeswoman Marie Harf backed the observations by the pan-European rights watchdog, the Organization for Security and Cooperation in Europe (OSCE).

The organization's monitors told a news conference in Baku that the poll was "seriously flawed."

They added that the election, which was won in a landslide by incumbent Ilham Aliyev, was marred by a "restrictive media environment" and allegations of intimidation.

The OSCE said observers reported clear instances of ballot stuffing at 37 polling stations and said the counting was assessed negatively at 58 percent of stations observed.

With almost all votes counted, Aliyev has nearly 85 percent of the vote.

The candidate of the united opposition, Camil Hasanli, won around 5 percent.