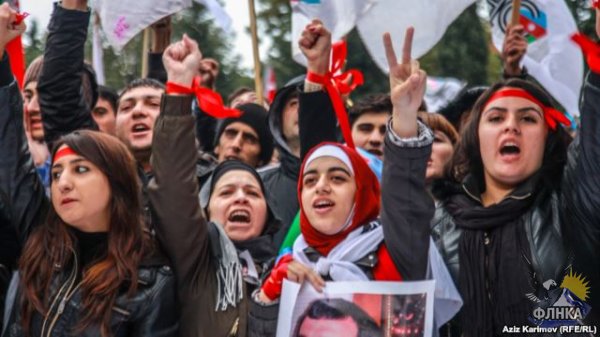 BAKU -- Several thousand opposition supporters have held a rally in Azerbaijan's capital to protest the results of this month's presidential election.

The October 9 vote was criticized by international monitors after President Ilham Aliyev won a third five-year term by a landslide.

The leader of the protest on October 27, Camil Hasanli, denounced the results of the election as "fraudulent and illegitimate."

Hasanli, a history professor, ran as the main opposition candidate but got less than 6 percent of the vote compared to Aliyev's 85 percent.

The protesters also called for the release of people they consider political prisoners and demanded that the government end pressure on independent media.

Police in Baku said that only 1,000 people attended the demonstration.

Police said the rally, which was sanctioned by the authorities, ended "without any serious incidents."