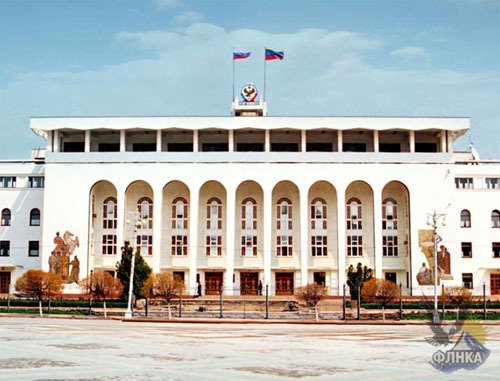 On October 31, at the Parliament of Dagestan, the faction of the "Spravedlivaya Rossiya" (Fair Russia) Party prepared an appeal to the Prosecutor's Office against Vladimir Zhirinovsky, the leader of the Liberal-Democratic Party of Russia (LDPR). MPs demand to institute a criminal case against him for inciting ethnic hatred. This was reported by Kamil Davdiev, the leader of the faction.

The MPs imply the statements of Vladimir Zhirinovsky, the LDPR leader made on October 24, when he called to separate Northern Caucasus from Russia and to limit the birth rate there. In this regard, on October 30, Gadjimet Safaraliev, the Russian State Duma Deputy from Dagestan, sent an appeal to the General Prosecutor's Office of the Russian Federation with a request to check for extremist nature the statements made by Vladimir Zhirinovsky. The similar appeal was also prepared by Oleg Khatsaev, a member of the Federation Council of the North Ossetia.

"We will send the second (appeal) on behalf of the faction to the Prosecutor's Office to urge prosecutors to take appropriate actions and institute criminal proceedings against him for inciting ethnic hatred," the RIA "Novosti" quotes Kamil Davdiev as saying.

The demands of the Dagestani MPs were also supported by the Parliament of Kabardino-Balkaria, where on October 31, at the plenary session, MPs approved an appeal to Sergey Naryshkin, Chairman of the State Duma, Yuri Chaika, Russian General Prosecutor, and Alexander Bastrykin, Chairman of the Investigating Committee of the Russian Federation (ICRF), concerning the statements made by the leader of the Liberal-Democratic Party of Russia.