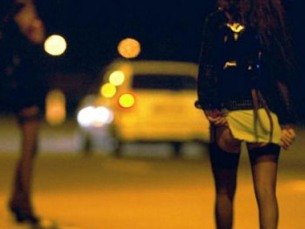 As part of a special operation, Turkish police has arrested 83 prostitutes aged 25-45 from Azerbaijan Moldova, Russia, Georgia and Ukraine. The "Azvision.az” site interviews some of them.
One of the women told that she was forced to do prostitution in Turkey in order to feed her two minor children in Baku. "Please, do not publish my photos. My father and mother are respected people. They think that I'm working at a shop here," says the woman.
Another woman said that she wanted to return to Azerbaijan, but the unemployment and the poverty have made her to become a streetwalker. "I came to work here two years ago from one of the Azerbaijani regions," told the prostitute.

The stories of other Azerbaijani prostitutes are in the same spirit - poverty, unemployment and the need to feed the family. The price range of their services is 50-100 Turkish liras. Part of it goes into the pocket of the pimp, by the rest of the money they survive in brothels.

According to the Turkish police more than 2 thousands of Azerbaijani prostitutes have been expelled from the country in recent years.