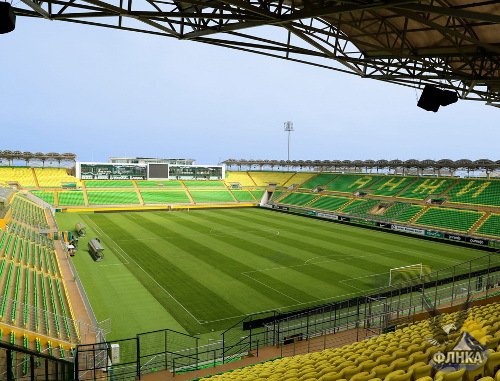 For safety reasons, Olympic torch relay in Dagestan will be held in the "Anji Arena", and the number of torchbearers will be cut from 270 to 67. This was reported by an official from the Ministry for Sports of Dagestan.
On January 27, the Olympic torch relay will arrive to Dagestan from Astrakhan. It was to go through the main avenues of Makhachkala, near historic monuments, and to be completed in the central square of the capital of Dagestan.

The "Caucasian Knot" correspondent was told by Olga Gorlova, a chief expert from the Department of Physical Culture of the Ministry for Sports of Dagestan, the above measure was taken to ensure public order, prevent terror acts and extremist actions during the Olympic torch relay.

Ramazan Abdulatipov, the leader of Dagestan, is to attend the ceremony of lighting the Olympic flame bowl. Then, according to Olga Gorlova, the Olympic torch will travel to Grozny.

According to Alikhan Kuzgov, Secretary of the Security Council of Ingushetia, law enforcers "held special sessions and briefings to increase vigilance" among volunteers, torchbearers, and other persons who would have access to the places of the Olympic torch relay in Ingushetia.