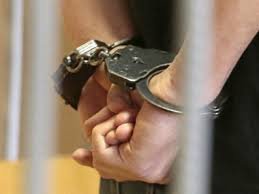 Omar Mamedov, a 19-year-old activist of the Civil Solidarity Party (CSP), a co-founder of the educational movement "Akhyn" (Flow), was arrested for three months on charges of selling drugs on a large scale in Azerbaijan. This was reported by Samir Asadli, Chairman of the CSP's executive committee.

According to him, Omar Mamedov used to be an active user of social networks, and, in particular, he was one of the administrators of the webpage "Lists from AzTV" (the Azerbaijan's State TV Company, note of the "Caucasian Knot" correspondent) in Facebook. The webpage made caricatures of the vices of power in the genre of political satire.

Earlier, Omar Mamedov was a member of the youth movement "Nida". However, in the middle of past year, he has quitted from it and, together with a group of youth, founded the movement "Akhyn" more focused on educational activities.

The "Caucasian Knot" correspondent has learned from unofficial sources that Omar Mamedov's father was summoned to the General Directorate for Combating Organized Crime (known as GUBOP) of the Ministry of Internal Affairs (MIA) because of his son's activity in social networks and administration of the webpage "Lists of AzTV" on Facebook. After that, the young man quitted from the movement "Nida". Nevertheless, he continued to be active on the Internet, and his father was repeatedly summoned to the GUBOP, where he was told that the activist "was insulting the President."