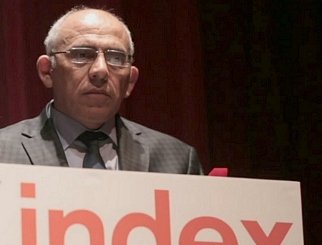 The Azerbaijani oppositional newspaper "Azadlyg" has been decorated with the "Freedom of Expression-2014" Award in the category of "Journalism" by the British human rights organization "Index on Censorship".

The awarding ceremony of 2014 laureates was held on March 20 in London. The award was presented to Rakhim Gadjiev, the Deputy Editor-in-Chief of the "Azadlyg".

In the conditions of severe repression of critical voices in Azerbaijan, the newspaper continues publishing information about "corruption and financial violations committing by the ruling elite of Azerbaijan," human rights activists said.

Recent attacks on the "Azadlyg" were launched after the presidential election of October 9, 2013, where Ilham Aliev was re-elected for the third term. On October 25, the newspaper's bank accounts were frozen in connection with the claims against it in the total amount of 83,000 US dollars.

Ramin Deko, a reporter of the "Azadlyg", was one of the journalists attacked on October 4 by pro-government-minded individuals, when they covered an opposition election rally in the city of Sabirabad, located in Central Azerbaijan. Earlier, on April 3-4, 2012, he was kidnapped and beaten by Azerbaijani law enforcers.

Let us note here that the situation in Azerbaijan with the freedom of expression is criticized by international human rights organizations.