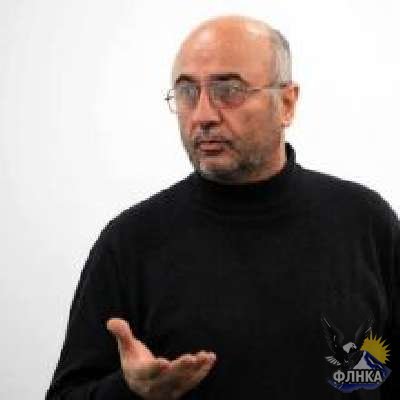 On March 31, the head of the NGO Center for Enlightenment KamilVetendash (Intelligent Citizen), Hasan Huseynli, was arrested in Ganja.

He was detained by police on the basis of the complaint from a person who claims that he had been threatened with physical pressure by Huseynli, who had a knife.

He is charged with Article 120.2.2 of the Criminal Code ("Attempted murder committed by hooliganism"), which provides for imprisonment of up to seven years.

Huseynov's rights are protected by a prominent lawyer Khalid Baghirov, who had already arrived in Ganja.

Huseynli himself on the eve of his detention told Radio Azadlig on March 31 that in the main post office a stranger approached him and said, " Why did you step on my foot?". Then the stranger insulted Huseynli and tried to knock him down to the ground. At this time there was a woman, who attacked Huseynli, shouting, " Why are you clung to him?".

"I realized that it was a provocation against me and quickly left the scene without saying a word," saidHuseynli.

Huseynli's detention on charges of hooliganism and attempted murder was a shock not only in Ganja, but also in the civilian sector and international missions.

Huseynli is known as a tolerant and restrained man and his outreach never provoked criticism of the authorities.

According to sources from Ganja, recent activities of the Center of Education irritated the chief executive of the city, ElmarValiyev, who expressed dissatisfaction with the active participation of young people in the projects of the Center.

Some time later, authorities demolished a private house at 7 A.Iskanderov Street, where the Center is located. After that, the NGO KamilVetendash moved to a new address, but the authority did not let him begin work there.

In general, in recent years the pressure on civil society in Ganja went on increasing, as well as throughout the country. This pressure is characterized by tightening legislation on NGOs and the media, and the arrest of political and civil society activists.

Intelligent Citizen Enlightenment Center Public Union (ICEC) is a non for profit NGO, located in Ganja, Azerbaijan. The organization was established in 2004 . The organization gained the state registration in February 2009 . Prior to this date ICEC functioned under the name Ganja Open Society Initiatives Center (GOSIC). The main mission of the organization is to disseminate open society ideas in the Western Region of Azerbaijan. With this aim the organization conducts enlightenment activities in the spheres of civil society establishment, NGO development and public leadership. The main target group of all our projects is youth.

The European Court rules in favor of Natig Efendiyev