The European Court rules in favor of Natig Efendiyev 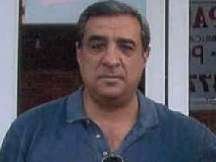 The applicant, Natig Islam oglu Efendiyev, is an Azerbaijani national who was born in 1957 and prior to his arrest lived in Ganja (Azerbaijan). He is a former head of a district police office, who was previously convicted of a number of offences and sentenced to life imprisonment in 2001. Council of Europe experts considered him a political prisoner at the time. In March 2005 he was dispensed from serving the remainder of his sentence by a presidential pardon. The present case concerned his conviction for illegal possession of weapons.

Mr. Efendiyev was arrested and subsequently found guilty of an administrative offence in October 2005, for which he was sentenced to 15 days’ administrative detention. While he was in detention, a search of his house and garden was carried out, following allegations by a certain R.M. that Mr. Efendiyev had been conspiring to usurp State power by force. During the search – which took place in the absence of Mr Efendiyev’s lawyer or his family – some weapons and ammunitions were allegedly found. Mr. Efendiyev was then charged with a number of crimes, including illegal possession of weapons, and detained on remand. Only the charges of illegal possession of firearms were later pursued. During his trial Mr. Efendiyev stated that he was innocent, maintaining that the case had been fabricated and that the weapons did not belong to him. Among other things the trial court heard a statement being read out which R.M. had made as a witness at the investigation stage, maintaining that Mr Efendiyev had informed him of his intention to organise a coup d’état. R.M. was not present at the hearing. In September 2006 Mr Efendiyev was convicted as charged and sentenced to five years’ imprisonment. The judgment was eventually upheld on appeal in April 2007.

Relying in particular on Article 6 §§ 1 and 3 (d) (right to a fair trial and right to obtain attendance and examination of witnesses) of the European Convention on Human Rights, Mr Efendiyev complained that the proceedings against him had been unfair.

* The true reason for the arrest was the fact that on the eve of parliamentary elections  in Azerbaijan was expected  the  return from the US the  ex-speaker of parliament Rasul Guliyev. Then Natig Efendiyev was a member of the Democratic Party, which supported the candidature of Rasul Guliyev.