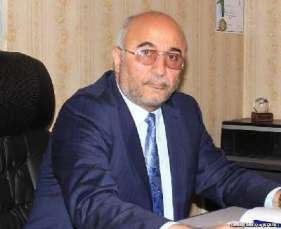 Today the Nizami Court of Ganja City sentenced the head of the NGO Center for Civic Education Intellectual, Hasan Huseynli. He was found guilty of disorderly conduct, illegal possession of knives and sentenced to six years' imprisonment.

According to investigators, on March 31, Huseynli stabbed a resident of Ganja Arzu Gahramanov. However, in fact, an unknown approached Huseynli on the street and began insulting, provoking a fight. Huseynli realized that it was a provocation and did not answer and immediately called reporters and told them about the incident.

Despite the fact that the prosecution did not confirm anything, on July 4 the prosecutor suggested sentencing Huseynli to 7 years in prison.

The human rights defenders are sure the true cause of Huseynli’s prosecution is the concern of the authorities with high influence of Huseynli on local youth that ignores formal events, preferring to meet with the human rights activist.

On the eve of the verdict a human rights group appealed to the President of Azerbaijan with an appeal to prevent the arrest of known activists and intellectuals in the Ganja region.