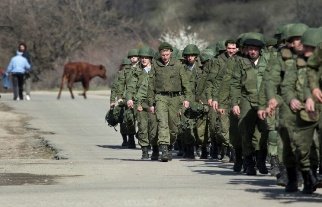 MOSCOW, April 02. /ITAR-TASS/. The Republic of Crimea and the federal city of Sevastopol have become part of Russia’s Southern Military District, according to a decree signed by President Vladimir Putin and posted on the official legal information website on Wednesday.

The decree enters into force on Wednesday.

The Republic of Crimea and Sevastopol, a city with a special status on the Crimean Peninsula, where most residents are Russians, signed agreements to reunify with Russia on March 18 after a referendum two days earlier in which an overwhelming majority of Crimeans voted to secede from Ukraine and join the Russian Federation.

The developments followed a coup in Ukraine in February that occurred after months of anti-government protests, which often turned violent. President Viktor Yanukovich had to leave Ukraine citing security concerns. Crimea’s authorities do not recognize the new self-proclaimed Ukrainian leadership in Kiev. Nor do Russia’s authorities.