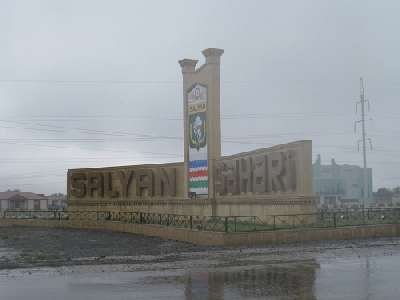 Baku/07.04.14/Turan : In Salyan an activist of the local NGO "Promoting Democracy" Tofig Gasimov was arrested on charges of hooliganism for 10 days, Turan was told by the head of the NGO, Emil Mammadov.He believes that Gasimov is arrested on concocted charges . "He was arrested for sending an appeal to the president in December last year, and in February this year to the Presidential Administration with request to investigate the facts of corruption in the region.

Since then, the region’s chief executive sees me as the enemy, and at every event he criticizes me. People close to him had warned me that he will try to obtain my arrest," said Mammadov.

Human rights activist believes that Gasimov is made give testimonies, so that to arrest Mamedov. In particular, Gasimov is forced to testify that Mamedov ordered him to extort money from businesses and institutions.

The arrested Gasimov has not been provided by a lawyer, and Mamedov called human rights defenders in Baku to help to ensure lawyer for Gasimov. Commenting Turan these charges , assistant of the chief executive of Salyan region, Zaman Amirov, called these charges unfounded. Nobody threatened Mamedov, and even if the chief executive of the region criticized him he was right, he said. As for the arrest of Gasimov, the assistant did not comment the issue because of lack of information.

Brother of a believer arrested in Guba also detained