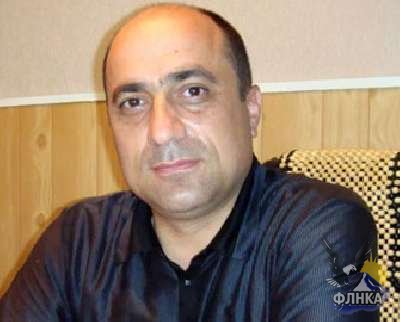 A member of the Salyan NGO Democracy Promotion, Tofig Gasimov was arrested on Wednesday for 2 months on charges of extortion . Under pressure , he slandered the head of this NGO , known civil society activist Emil Mammadov.

According to him, Gasimov was in a hysterical state, crying and accusing the head of the NGO that he "embroiled" him in this case.

Gasimov claimed that on the instructions of Mammadov he collected money from the heads of regional institutions by blackmailing them with publication of defamatory material on the Internet.

Mammadov told Turan that the hired independent counsel Alaifa Hasanov was to protect the rights of Tofig Gasimov, but the arrested refused of that two days ago, saying he did not need a lawyer. However, later the police provided him with a state attorney from the city of Shirvan.

Note that Gasimov was arrested for 10 days on charges of hooliganism on April 4. During the arrest, he was not allowed a lawyer.

Mammadov believes that Gasimov was arrested on trumped-up charges and they want to use him to arrest Mammadov.

According to him, the investigation took testimony from 30-35 people that Gasimov allegedly extorted money from them. In this case, during the testimony Mammadov's name did not appear, however, Gasimov gives evidence against him.

After the confrontation Mammadov was released, but they said they would call him again.

According to the prominent lawyer Namizad Safarov, people cannot be prosecuted on the basis of "unsubstantiated testimony" of one witness, for anyone could be slandered this way.

"Even if those who filed the complaint on Gasimov said that he was speaking on behalf of Mammadov, it could not be considered evidence either," said Safarov.

* The NGO Promoting Democracy is one of the most active civil society institutions in the southern region. His head Mammadov repeatedly publicized cases of corruption in the structures of the district authorities , as well as defended the civil rights of local residents . This NGO was involved in several projects on web civilian control in the mining industry.

All this caused severe irritation at the authorities, who started acting against the activists and launched a campaign. accusing him of anti-state activities.

Brother of a believer arrested in Guba also detained