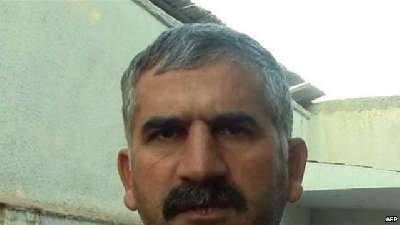 A member of Salyan NGO "Promotion of Democracy" Tofig Gasimov refused the services of an independent counsel Alaifa Hasanov, Turan was told by Hasanov.

Gasimov was arrested in the administrative order for 10 days on charges of disorderly conduct on April 4. Arrest term expired on April 14, but was not released, and it was reported that a lawsuit was filed against the activist under the Article 182.1 "extortion."

On April 14 a lawyer Hasanov arrived in Salyan from Baku, but was not allowed to meet with the arrested. On April 15 the lawyer appealed to the prosecutor, and only after a long tape he could obtain a meting with Gasimov.

"There are only three or five meters from a place of detention of Gasimov to the office of the of the investigation department, but the process of bringing Gasimov there lasted for hour and a half," said the lawyer.

Hasanov said that Gasimov refused his services , and said that his lawyer will be his uncle (father's brother.)

"It was clear that Gasimov was under pressure. Yesterday I felt the pressure is made on his relatives too. They did not want to sign a contract with me, although previously they themselves signed an agreement on protecting the rights of Gasimov when he was arrested in the administrative order," said Hasanov.

According to him, while for now Gasimov is a suspect Period of the decision on detention will expire on April 16.

Previously the head of the NGO "Promoting Democracy" Emil Mammadov reported that there was a provocation against Gasimov, and police was falsifying the case against him and Mammadov. So , the police summoned the heads of local institutions and enterprises ,demanding to testify against activists. NGO "Promotion of Democracy" is one of the most active civil society institutions in the southern region. Its head Mammadov repeatedly publicized cases of corruption in the structures of the district authorities, and protected civil rights of local residents.