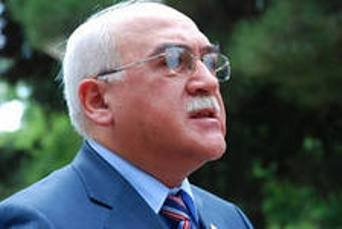 The Azerbaijani oppositional "Musavat" Party has urged the authorities of the country to release political prisoners. Otherwise, the party plans to address the democratic countries of the world to boycott the upcoming European Olympic Games-2015 to be held in Baku, said Gyulyaga Aslanly, the deputy chairman of the "Musavat".

The statement of the "Musavat" notes that Azerbaijan sees "an incessant growth in the number of political prisoners." The party also reminds about the sentences passed recently against oppositional activists.

"Yadigar Sadygov, an adviser of the 'Musavat', was arrested on trumped-up charges and sentenced to 6 years in prison without any legal grounds," says the statement.

As noted by Rasul Jafarov, the head of the Society for Legal Defence and Enlightenment, the upcoming Azerbaijan's chairmanship at the Committee of Ministers of the Council of Europe will be a good opportunity to address the problem of political prisoners and improve the country's image.

"If it doesn't happen, rights defenders will have no choice as to start a campaign aimed to bring international attention to human rights problems," said Jafarov, recalling a similar campaign "Arts for Democracy" held on the eve of the "Eurovision-2012" in Baku.