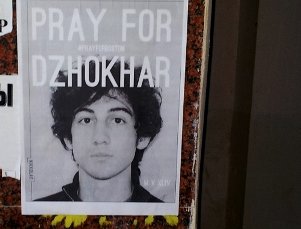 The defence of Dzhokhar Tsarnaev, who is accused of organizing a terror act in Boston, has filed a motion to establish restrictions for FBI agents, attending the meetings of the native of Chechnya with his advocates. This was reported today by The Boston Globe newspaper.

The group of advocates asked to establish a certain degree of protection of the Dzhokhar Tsarnaev's private interests.

"The defence is more than ever convinced of the need to establish a reasonable degree of protection of the private interests and confidentiality during those meetings provided by law. The motion is that the court is to establish them," The Boston Globe quotes the advocates as saying.

The defence has filed such a motion, after, according to the advocates, the prosecutors ignored the court order to restrict control over the suspect.