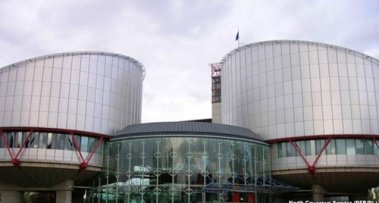 The European Court of Human Rights (ECtHR) has started to communicate with the Azerbaijan's government concerning two complaints filed from Azerbaijan. One of the complaints has been filed by Hilal Mamedov, the editor-in-chief of the newspaper "Tolyshi Sado" (Voice of Talysh), who is serving his sentence in a prison, and the other complaint has been filed by Mukhammed Gurbanov and Nadir Mamedov, residents of the Nakhchivan Autonomous Republic (NAR), who are serving their conditional sentence.

In September 2013, Hilal Mamedov, the author of the popular video "Who are you? Come on, goodbye!" posted on YouTube, was sentenced to five years of imprisonment in a high-security penal colony on charges of high treason, inciting ethnic hatred, and drug possession. Hilal Mamedov pleaded not guilty and declared political nature of the criminal case against him. The Baku Court of Appeal (BCA) dismissed the appeal against the verdict, and the defence filed a cassation appeal. The Supreme Court also dismissed the cassation appeal. Human rights defenders in Russia and Azerbaijan believe that the criminal case against Hilal Mamedov was fabricated because of his public activities.

On February 13, 2013, businessman Mukhammed Gurbanov, a member of the regional branch of the oppositional "Public Chamber", and Nadir Mamedov, the husband of his daughter, were sentenced after they had been beaten by custom officers. According to the convicts, the incident occurred when they refused to pay exaction. The men were charged with rendering resistance to public officers. The Court of Appeal has replaced the real imprisonment with conditional sentence.

Concerning both criminal cases, the Azerbaijan's government has three months to answer the questions posed by the Strasbourg Court.