In Azerbaijan, journalist Turkhan Kerimov reported by his brother as kidnapped was detained by police 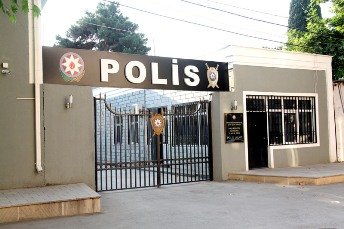 In Baku, Turkhan Kerimov, a staff member of the Azerbaijani "Radio Liberty", whose kidnapping has been reported this morning by his brother, is released. It turned out that the journalist was detained by police and released two hours later.

The brother of Turkhan Kerimov has reported that at about 11:00 a.m. Baku time, two unidentified men in civilian clothes captured the journalist in a yard of a multi-storey building in the Narimanov District of Baku, where the journalist lives. They forced the journalist into a black car and drove away to some unknown destination.

Being a staff member of the Azerbaijani "Radio Liberty", Turkhan Kerimov was involved in preparing materials on social and political issues. Besides, he is an active Facebook blogger, and he frequently writes updates of political satire.

According to Turkhan Kerimov himself, he was brought to one of the stations of the Narimanov District Police Department of Baku. Law enforcers questioned the journalist about the activities of the Azerbaijani "Radio Liberty" and international processes and events in the world.

One of Baku experts, a former law enforcer, has expressed the opinion that the detention of Turkhan Kerimov was a warning to him personally and an act of intimidation of other Facebook activists.

"It is a kind of 'preventive measure'. And they chose Turkhan Kerimov not by chance. He is a talented young journalist and popular Facebook blogger", the "Caucasian Knot" has been told by the Baku expert, who preferred to remain anonymous.

Interpol to decide whether to prosecute Suleyman Kerimov