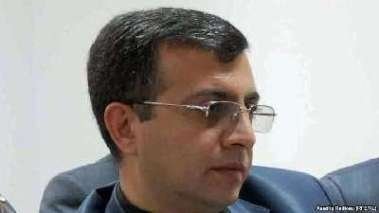 Baku Appeals Court today rejected the complaint  of the deputy chairman of the party "Musavat" ,Yadigar Sadikhov, who appealed the decision of the  Garadag Court.

Sadigov was arrested on  June 27, 2013-year. Lankaran court sentenced him to six years for hooliganism. In 2014 the Court of Appeal reduced his sentence to four years. In November Sadikhov addressed the Garadag Court of Baku with a request to replace the sentence in connection with the departure of a third term, but the court refused, saying it that Sadykhov was kept in jail N14,he is  "not prone to self-criticism and the whole day reads  books." Today Baku Appeals Court upheld the decision.