New US ambassador to arrive on February 12 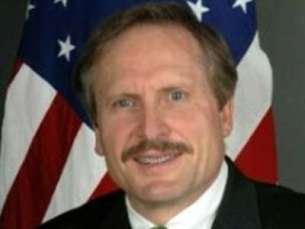 The new US ambassador Robert Cekuta will arrive in Azerbaijan on February 12, reported on the page of the US Embassy on Twitter. Previously, Robert worked as deputy US Deputy Assistant Secretary for Energy, as well as diplomatic missions in Tokyo (2007-2009) and Berlin (2003-2007.) Robert Cekuta is a graduate of Georgetown University, Master of the School of Global Management and the National War College. In December 2014, Robert Cekuta was approved by the US Senate. In this role, he replaced Richard Morningstar, who left Azerbaijan in summer 2014.

Robert F. Cekuta confirmed by U.S. Senate as next U.S. Ambassador to Azerbaijan