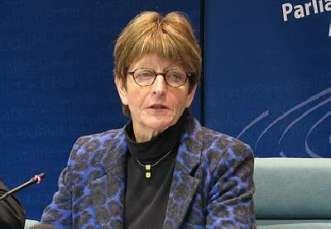 "On the occasion of International Women’s Day (8 March), I should like to express my admiration and support for all those, women and men, who struggle on a daily basis to advance the cause of women,” said Anne Brasseur, President of the Parliamentary Assembly of the Council of Europe (PACE).

"Today we see with satisfaction that more and more women are becoming involved in public affairs, be it in politics, civil society or in the private economy, and that more women are breaking into some of the highest positions. They should be an example for younger ones in order to motivate them to be more active, but this encouragement should not only be the task of active women but also of men. Together we must develop a more inclusive society.

As President of the Parliamentary of Assembly over the last year, I have met many women who show extraordinary talent, bravery, courage and commitment, and I would like to highlight, on International Women’s Day, civil society activists such as Khadija Ismayilova, an Azeri journalist who was arrested shortly after I met her in Strasbourg last year,” Ms Brasseur concluded.

As president of PACE Brasseur met many women who have demonstrated exceptional talent, courage, courage and determination. She emphasized the activists of civil society, such as Azerbaijani journalist Khadija Ismailova, who was arrested shortly after, Brasseur met her in Strasbourg last year.

EurasiaNet: Stereotype of male superiority and humiliating treatment towards women is an ordinary thing in Azerbaijan