The border of Georgia and Azerbaijan blocked by protesters 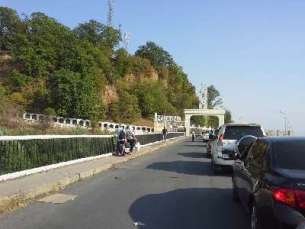 Tbilisi/11.03.15/Turan-BSPRESS: On March 11 road to the checkpoint on the Georgian-Azerbaijani border was blocked by protesters against the introduction by Azerbaijan restrictions on the entry of cars that do not meet standards "Euro-4" according to "Pirveli Radio".

Georgians living in the region of  Gakh (Azerbaijan), and residents of the Georgian town of Lagodekhi blocked the road near the checkpoint "Lagodekhi", and did not let the car from Azerbaijan, release until 2005.

"We are not let to Azerbaijan by cars  not meeting "Euro-4 " standards. But there was even a case when a car  manufactured in 2008 was not let to the city. Why do we let the same old cars,"  said one of the protesters Sigmund Zurabashvili.

The protesters asked the Georgian government to resolve this issue. Patrol police managed to defuse the situation at the checkpoint. Currently the road is open.