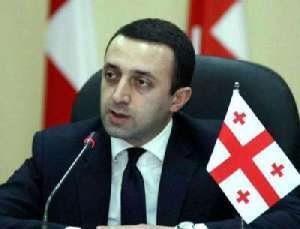 Tbilisi/10.07.15/Turan-BSPRESS: Prime Minister of Georgia Irakli Garibashvili called a provocation  the  incident in the city of Gabala  at the football match between Georgian "Dynamo" and Azerbaijan "Gabala".

According to media reports,  at the match of the  first qualifying round of the European  League on Football  the Azerbaijani fans hung banners with territorial claims to Georgia, in particular, with the inscription "Borchali is ancient Azerbaijani land" and later burned the flag of Georgia. On  July 2 similar incident occurred at the match of these clubs in Tbilisi - a certain group of fans hung out banners saying "We remember Zagatala, Gakh, 1921," and after a match trampled the Azerbaijani flag.

"Such provocations are peculiar to the fans, and provocative groups operate in all countries. Perhaps you remember how the groups of  provocateurs acted on our behalf, and now the same thing happens again on behalf of Azerbaijan,"  Garibashvili told reporters.

The Georgian government said that such provocations "could not affect our friendly relations with Azerbaijan," and people should not "pay attention to it» .