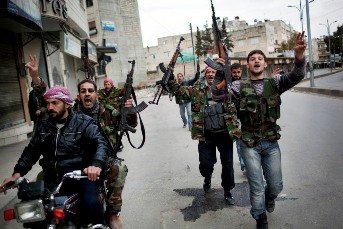 According to law enforcers, a resident of the Terter District turned to the police and told that his minor son was recruited by members of some radical religious movement and sent to Syria, where he took part in the warfare as a member of illegal armed formations (IAFs).

The police have established a group of persons who were promoting religious intolerance and recruiting individuals in the territory of the Tartar District for joining the IAFs, which act illegally outside the republic.

Zyulfugar Ibragimov and Vyugar Aliev are not members of an extremist religious sect; they are both members of the Karabakh Liberation Organization, said Akif Nagi, the chairman of the organization. He treats their detention as ungrounded and has already sent an appropriate appeal to the General Prosecutor's Office (GPO) and the Ministry of Internal Affairs (MIA).