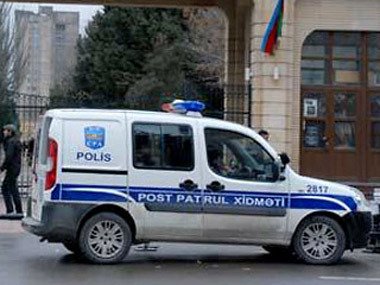 Mosques in Baku and areas surrounding Azerbaijan are cordoned off by police, a group of religious people has told the Azerbaijani portal "Haqqin.az." According to them, the police keep Baku Mosques under control for several days already.
As stated in the article, the correspondent of the site has visited a number of mosques and has personally got convinced in rightfulness of the religious people.

According to police, the necessity to control the mosques is due to the latest clashes between members of different religious sects in Azerbaijan. In particular, after the shootout that took place in Sumgait between representatives of extremist movements of "Salafi" and "Khawariji" the police took control over the "Garachukhur" and "Ilahiyyat" mosques.

As "Kavkazski Uzel" informs in Azerbaijan two more people, suspected in involvement of the armed incident between the Salafis and the followers of "Khawarij" religious movement in Sumgait, are detained. Thus, the total number of detainees reached to nine.

The shootout occurred on December 11, in the evening in the city of Sumgait. According to the Interior Ministry and the Prosecutor General of Azerbaijan, the conflict occurred because of the religious cleavages between two religious groups "Khawarij" and "Salafis". During the conflict, automatic weapons and grenades were used. As a result, 4 people were injured and seven suspects detained.