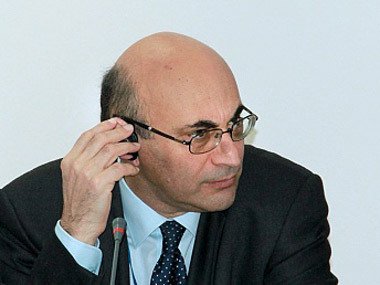 In Azerbaijan, the vast majority are the Nur movement supporters. In fact, 90% of Turkish shops, businesses structures are associated with them, told conflictologist Arif Yunusov in an interview with the Azerbaijani news portal "Minval.az".

According to him, the Azerbaijani leadership has its own internal turmoil, and the "nurchu" topic is a label that is used by the parties.

"We often hear about the Salafis, about the fact that they are arrested or killed in Syria. Supporters of the "nurchu" movement are against the violence. That’s why, when people talk about some of these structures, they forget that they are not a threat to the country’s security, including Azerbaijan," notes the conflictologist.

According to him, situation for social explosion rises in Azerbaijan, in which religious structures play a crucial role. In the provinces there are two dangerous topics that are tough to touch: religious and ethnic minorities’ topics. A policeman appears immediately.

"The Azerbaijani authorities are mainly former atheists who see the religion as a part of something dangerous, which must be kept under control," Arif Yunusov believes.

Conflictologist notes that when they hunt the believers in Azerbaijani provinces and shave their beard, it equals to raping for them. As a result, a person who was just a believer becomes a radical. It is the leadership of Azerbaijan that breeds radicalism.

"When I used to gather material for my books on Islam, I knew exactly where I should go. And now it has become difficult for me. I have to look for believers around Baku. I know exactly where they gather. This, by the way, is bad for the control of special services. It is easier to control one mosque, and not the entire territory of Baku," said the conflictologist.