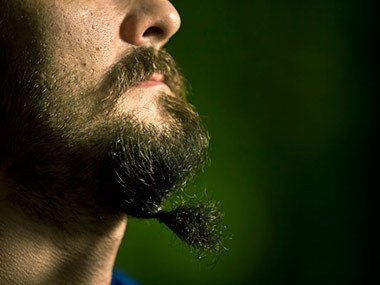 Muslim believers living in Zakatalski region of Azerbaijan that is inhabited by Avars complain of inhuman attitude they face by the police officers. As the Azerbaijani portal "Haqqin.az" reports, according to Elshad Musayev, one of the representatives of the Salafi community in Zagatal, illegal arrests of believers have increased recently; besides that the police forces them to shave their beards at the police department.

"The members of our community are caught on the way to the mosque and are put in jail on charges of resisting the police. In the police department we are being morally humiliated, they shave our beards off. I have been arrested twice," said Musayev.

As the portal notes, Salafi community representatives from other areas complained earlier on Azerbaijani police employees.

On the north and north-west of Azerbaijan, including Ismayilli, Gakh, Zakatala and Geychay regions are mostly inhabited by indigenous peoples - Avars and Lezgins in particular. These people belong to the Caucasian language family and profess Sunni Islam. In Azerbaijan, representatives of indigenous peoples are harassed on ethnic and religious grounds. The punitive actions carried out against them by the Azerbaijani authorities are commonly referred to "struggle against Wahhabism." Harassment of activists, regular raids by Internal Troops of Azerbaijan, etc. lead to the migration of young people from these regions.

In 2011-2013, the media published articles about how the Azerbaijani police hade forcibly shaved off the beards of Avar-believers, in the north-west regions of the country where they were inhabited. Police were catching Muslim believers among the local population, were beating them in the police departments and shaving forcibly off their beards, which is the distinctive sign of the Salafi-believers.

A new complaint against the police of Sumgait from a believer