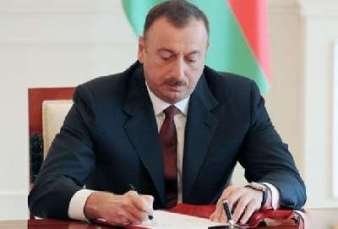 President Ilham Aliyev expressed his condolences on my own behalf and on behalf of the Azerbaijani people to German Chancellor Angela Merkel and the King of Spain Philip VI in connection with numerous victims of the March 24 crash A320, owned by Germanwings.