US Congress Held Hearings on Financial Assistance to Armenia and Azerbaijan 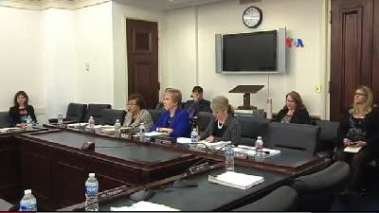 The sub-committee of the US Congress held a hearing on March 25, chaired by Congresswoman Kay Granger. At the event were representatives of Save the Children, Internews and UNICEF, as well as the Executive Director of the Armenian Congress of America Bryan Ardouny, the Director of Governmental Affairs at the US-Armenian National Committee Kate Nahapetyan, as well as a member of the US Azeris Badir Mammadli, said The Voice of America.

Ardouny stated that "because of the border blockade" by Turkey and Azerbaijan, Armenia has economic damage. For this reason, he asked the US government for assistance to Armenia amounting to 40 million USD.

He also proposed to "restore participation" of the Karabakh separatists in negotiations to settle the Armenian-Azerbaijani conflict.

Nahapetyan proposed to stop US military aid to Azerbaijan because of violations of the ceasefire in the last two years.

Mammadov drew attention to the lack of balance in the US aid to Armenia and Azerbaijan.

He also stressed that, providing military assistance to Armenia, the United States, in fact, support a military alliance led by Russia.

Mammadov called to suspend US financial aid to Armenia because it contributes to the Armenian occupation of Azerbaijani territories.