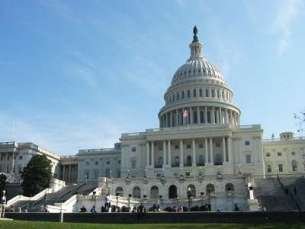 The artificial acceleration of the Karabakh settlement is not based on the interests of the process, said in an interview with Tert.am the leader of Karabakh separatists David Babayan commenting on  the Committee on Foreign Relations of the US Congress closed the debate.

According to him, at the meeting of the Committee  the Chairman Ed Royce urged the administration of US President accelerate the implementation of the proposals Royce and Engels concerning the settlement of the Karabakh conflict.

Without revealing the essence of the proposals Royce and Engels, Babayan said that the acceleration of the resolution of the conflict will not have a positive impact on the settlement. "The establishment of artificial deadlines are not productive,"  he said.

According to him, during the closed meeting, the sides discussed issues of achieving a peaceful settlement of the conflict and the withdrawal of snipers. If these items are put into practice, it will be a great contribution to the settlement, Babayan said, adding that the Armenian side offered to "withdraw the snipers from the contact line, set the days of rest to avoid shots in religious, national, international days." According to him, Azerbaijan will not agree to this.

Azerbaijani Foreign Ministry does not comment on the closed debate in Congress. However, previously  the official Baku repeatedly expressed opinion about the idea of withdrawal of snipers. In particular, Foreign Minister Mammadyarov said that the snipers are  not the cause but the consequence of the conflict. It is necessary to withdraw Armenian forces from the occupied territories, which automatically will mean the withdrawal of snipers.

Settlement the Karabakh conflict to be discussed in London