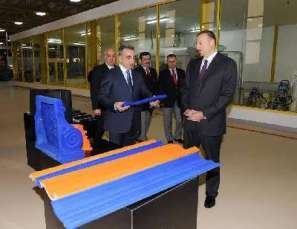 Facebook has published an interesting paper concerning the properties of polyurethane which caused a terrible fire in the 16-storey building that killed 15 people.

For example, an anonymous user published a response from the Fire Service of the Emergency Situations Ministry to the request of a tenant from Zardabi Street on the quality of the lining.

In response, Colonel Elzar Gadimov said that the material produced by Global Stane was examined in the laboratory of the Fire Department on 8 November 2012. "According to the results, the polyurethane lining covered with the paint Caparol is considered a hardly combustible material," he said in response. In essence, this means that the Fire Service considered the use of such a lining not dangerous.

To find out whether it is a real document, the news agency Turan applied for comments to the Ministry of Emergency Situations. However, the agency could not get any response from the press service of the ministry.

No lesson is learned

Azerbaijan: sunset of the opposition and “shake-up” of the authorities