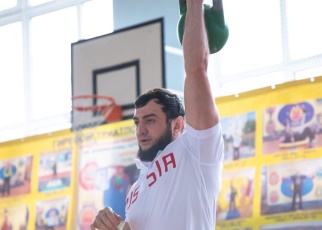 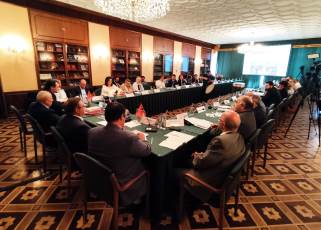 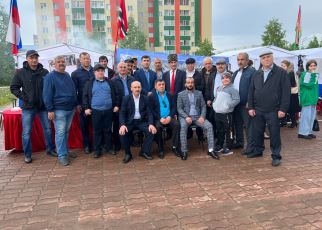 Rasim Musabekov: “Relations between Moscow and Baku have no ideological tone” 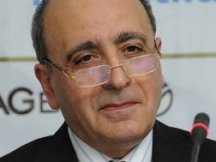 Yesterday, Baku hosted a round-table conference entitled "Post-Soviet space: civilization aspects of modern crises and conflicts” organized by the Baku office of the North-South Politological Center and Vestnik Kavkaza. Experts and politologists from Azerbaijan, Russia and Ukraine agreed that Russia had started reconsidering relations with other post-Soviet states after the situation in Ukraine, trying to rectify and remove existing flaws.

Rasim Musabekov, a member of the Azerbaijani parliament and a political analyst, expressed his views on Russian-Azerbaijani contacts, Caspian problems and the situation in the Middle East in an interview with Vestnik Kavkaza.

- What prospects for development of Russian-Azerbaijani relations o you see?

- In my opinion, a certain configuration and basis for the relations was found – pragmatism. The recent relations have been developing on a pragmatic basis. And I think this is not the worst basis. There is no special ideological tone of relations. They are developed on the basis of mutual benefit and account of the interests of sides, they at least create no risks for a fallback, if not a prospect for some momentum wide development.

- How would you evaluate the results of Iranian President Hassan Rouhani’s visit to Baku?

- There are things we agree on with Russia, there are some we do not agree on. The same can be said about, let’s say, relations between Azerbaijan and Georgia, even Turkey – our interests there coincide a lot, but not in everything, and sometimes we need to argue. We have a constant political dialogue with Russia at all levels, the presidents meet constantly, make visits, exchange visits at the level of speakers, Foreign Ministries have constant consultations, other ministers. The same concerns Turkey, Georgia, the European Union.

But the political dialogue with Iran has unfortunately been either weakened or frozen in the past years. It is absolutely wrong for countries that are neighbours, connected by a thousand-year history, mental proximity, to have no constant dialogue even if they always have different interests.

- What progress has been made in terms of the Caspian problems?

- I cannot say that Iran has abandoned its harsh position, but I'm monitoring an interesting tendency, the quartet is consolidating. And this, in my opinion, is good. In other words, if there was a practically-consolidated position between Azerbaijan, Russia and Kazakhstan, Turkmenistan is gradually moving towards this position. The Iranians say that everything on the Anzali-Astara line [the coastal line of the Iranian section of the Caspian Sea] should stay with us. I think that this basis, if they minimize their ambitions towards the other part of the Caspian, may help find some conclusive, compromising formulation.

- How concerned is Azerbaijan about the current processes in the Middle East?

- It is certainly concerned. We are separated from the Islamic caliphate by Iran and Turkey, which, we hope, will not allow that disease to progress too much, and we will not necessarily take part in it. In order to prevent expansion of the ideology in Azerbaijan, Azerbaijan is doing a lot, including preventive measures in state security. In this aspect, it is better to overdo than to neglect the risks, threats that exist. We see how the situation is often becoming alarming in the North Caucasus, especially in Dagestan. Of course, neither the political authorities nor the public would let the ideology spread in Azerbaijan.

Rasim Musabekov: “Relations between Moscow and Baku have no ideological tone”